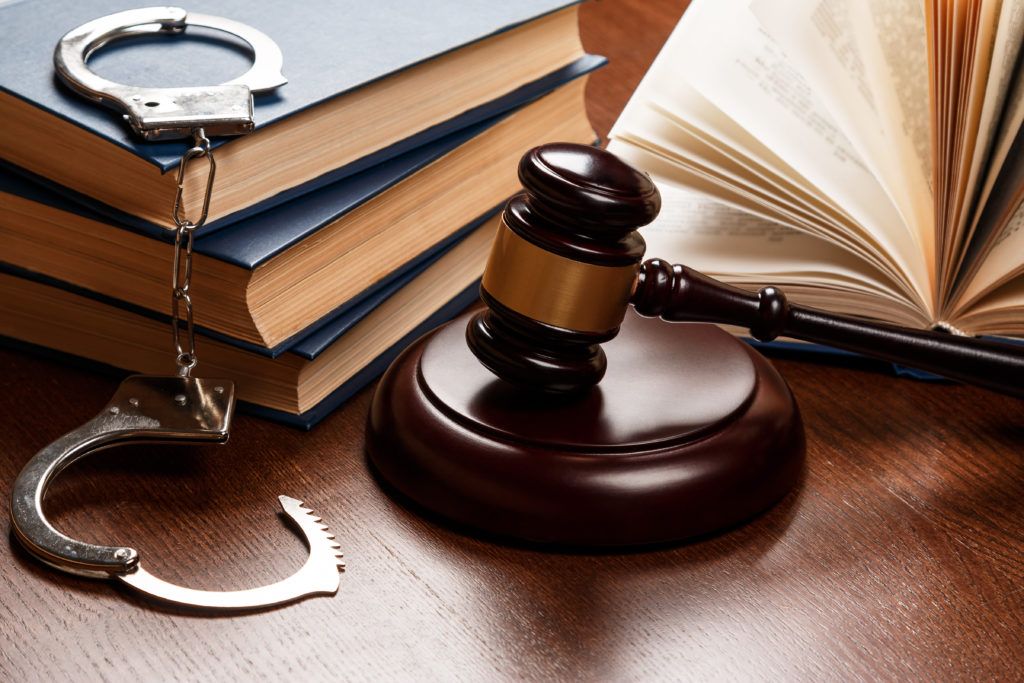 Get Sound Advice in Radford When Police Place You Under Arrest

For sound advice on criminal law and common offenses in Virginia, Harrison & Turk P.C. offers legal counsel. When police place you under arrest, you need help with criminal procedure, plea options, and sentencing. Know that it is best to not proceed alone — you have the right to an attorney. In Radford and throughout the New River Valley, you can turn to the law firm of Harrison & Turk P.C.

Once officers arrest you, the weight of that action curtails your rights, and they let you know it. What is the best thing to do when you do not have a firm grasp of criminal procedure? What options can you take when this occurs to you or a loved one? Let’s start by taking a look at the standard Miranda warning. Officers are to provide this warning when they place someone in custody and before they question or interrogate them:

Rights Under the Fifth Amendment

You may have heard these words before in television shows and movies. It is important to emphasize the reality of having these rights read to you by a real officer. Being reminded of your rights relays the seriousness of being a suspect in a crime.

You may wonder if there are ever times when the police can just handcuff and arrest someone without reading them their rights. Might the court drop or dismiss a charge if the officer fails to remind those they apprehend about their Fifth Amendment rights to silence and an attorney?

In short, there are circumstances when law enforcement can handcuff an individual and arrest them without providing the Miranda warning. These include situations such as:

In such situations, the person’s Miranda rights diminish or do not exist. Thus, for example, the police can question a person who is holding someone hostage, even if they requested an attorney and their attorney has not yet showed up.

What types of crimes or criminal charges do most Virginians encounter? Within the Commonwealth of Virginia, the most common criminal offenses are: assault, DUI, grand larceny, petit larceny, reckless driving, shoplifting, and trespassing. These common charges are a mixture of misdemeanor and felony level crimes.

Police, civilians, and prosecutors can file misdemeanor charges in Virginia. Police officers may issue a citation or summons, or may arrest the accused and bring them before a local magistrate. A grand jury may also indict the accused after a prosecutor presents charges to them.

Many wonder whether lower-level misdemeanors stay on a person’s criminal record, and the most immediate answer is a resounding “yes.” There are those who think shoplifting, minor theft, or “the occasional DUI” are not harmful crimes. However, they may not consider the effect these misdemeanor charges have on schooling, employment, and housing during one’s lifetime.

Felony crimes are far more serious, with equally stringent penalties. Felony charges can range from Class 6 up to Class 1. A Class 6 felony has a maximum $2,500 fine and one to five years in jail. Class 1 felonies have a maximum fine of $100,000 and can put you in prison for life.

Once a law enforcement officer or prosecutor files felony charges, police will arrest the accused person and bring them before a magistrate. As with misdemeanors, a prosecutor may present criminal charges on an accused person to a grand jury, which may move to indict them.

Individuals who have multiple infractions may face a mixture of both misdemeanor and felony charges.

It is wise to seek legal counsel when you face charges for a misdemeanor or felony crime in Virginia. When your rights are in jeopardy, a criminal defense lawyer can advise you on how to proceed. Once arrested and brought before a magistrate for an arraignment, he or she will ask how you plead to the charges against you.

There are three plea options in Virginia that the arraignment magistrate will anticipate.

Negotiate a Plea Bargain with a Criminal Defense Attorney

Again, a consultation with an experienced criminal defense attorney will give you the best advice on which way to plead to the charges you face. Depending on the circumstances, a lawyer can also help in negotiating a plea bargain. A plea bargain is where the prosecution may offer a deal where you can admit guilt to lesser charges in exchange for a lighter sentence.

The accused should discuss the pros and cons of any plea bargain with their criminal defense lawyer. For example, accepting a plea bargain means you would bypass trial. The attorney can offer advice on whether the deal is in your best interest.

Pleas to felony charges where the accused awaits trial in prison generally move to court within five months of arrest. If the accused is not in custody, trial may occur within nine months. Depending on the plea, the trial may include a jury or a bench trial where the judge determines guilt or innocence.

The attorneys at Harrison & Turk P.C. are here to help defend your rights. Call us today at (540) 639-9056, contact us online, and like us on Facebook. Move forward with the sound advice of our experienced criminal defense attorneys on criminal law and common offenses in Virginia.

NextWhat is the Process of Getting a Divorce in Virginia?Next
Back to Blog

We serve clients in the following areas:

Check Out Our Blog for